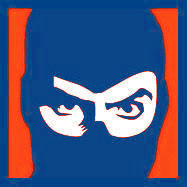 Welcome to the BRUTE! Propaganda page.

Over the next months, I’ll be up-dating the shop with new merchandise while adding to the gallery some of the more interesting commissions I’ve completed recently.

I  have also recently completed the artwork for Omicron, a forthcoming  album-book by Nowhere Nation which was a real style departure for me. Keep checking back here for updates or join my Fan Page on Facebook for upcoming samples.

Please subscribe to the blog for the latest updates and merchandise and feel free to contact me with your commission requests. 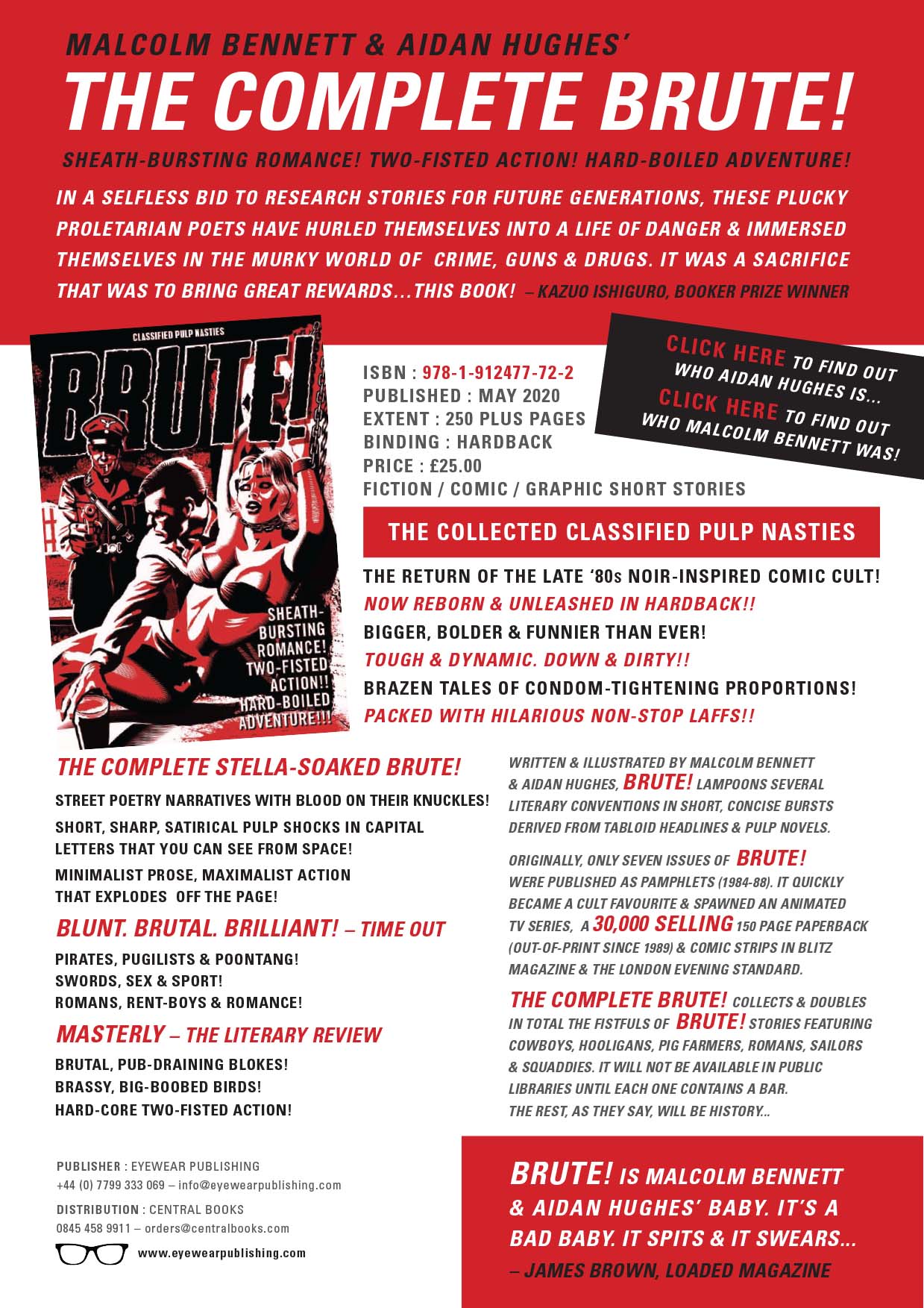 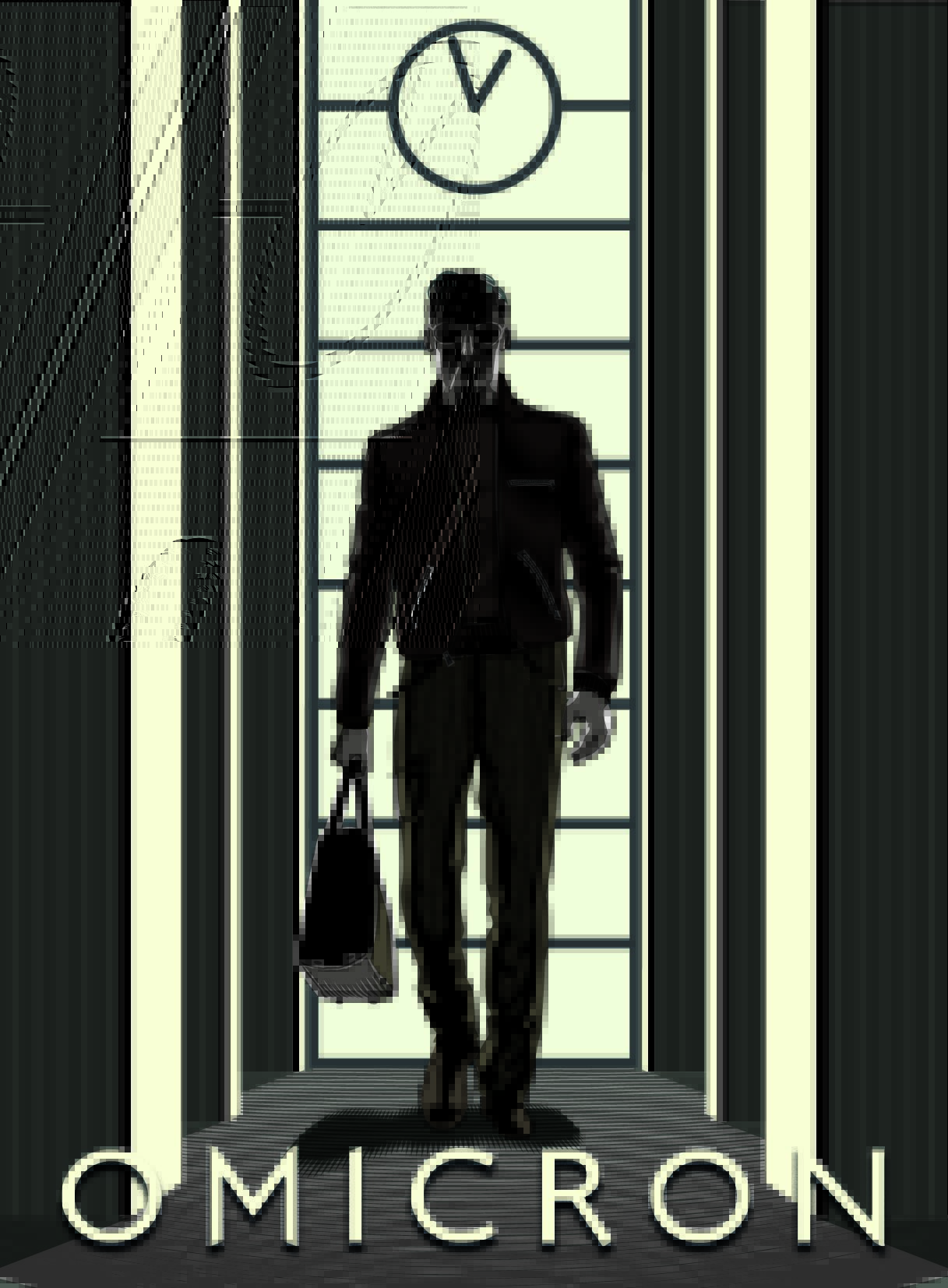 A couple of years ago, I was asked by Nowhere Nation to produce a number of illustrations to compliment the music in their latest album, Omicron and now the album has finally been released.
Check out the animated vector art and album here. 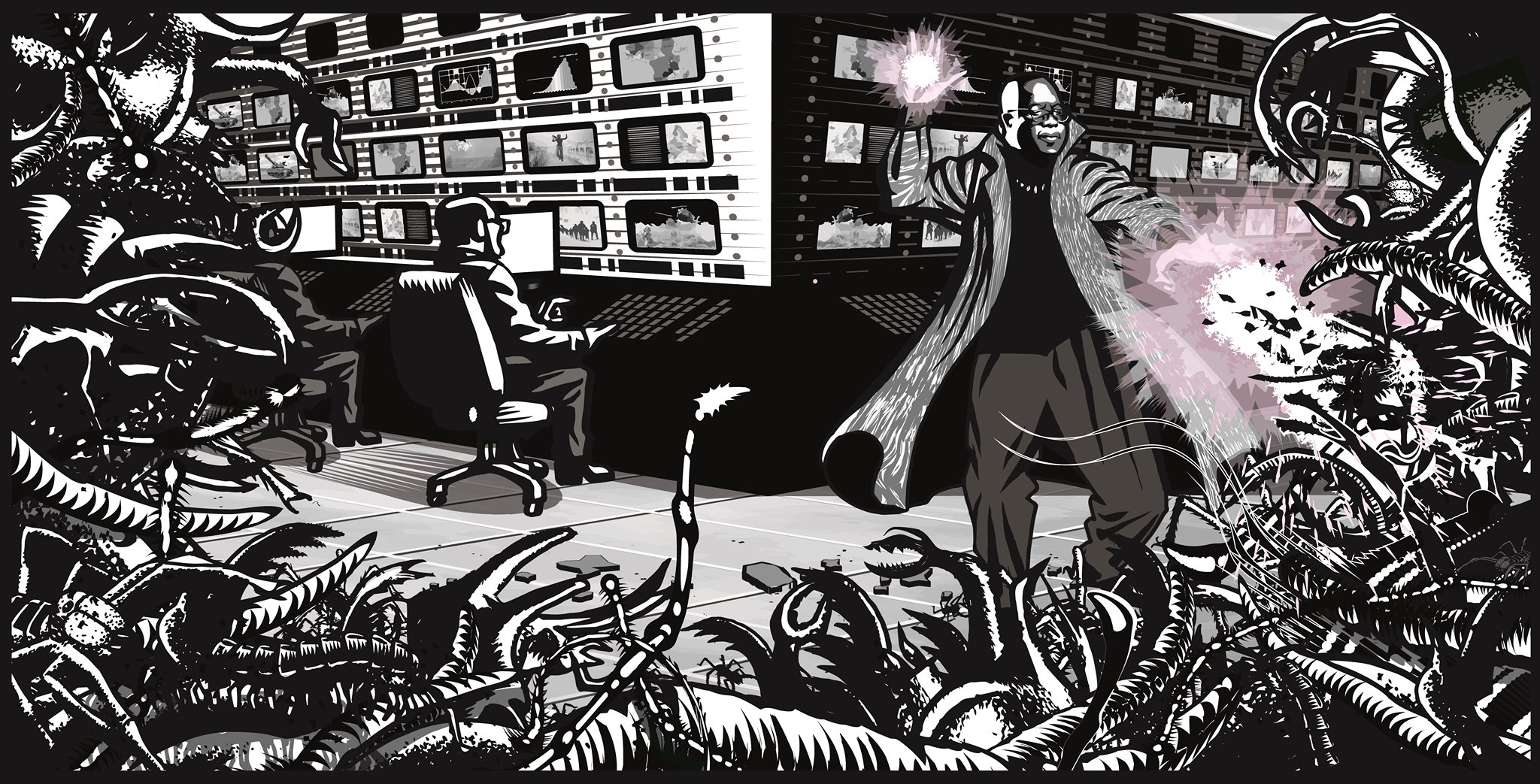 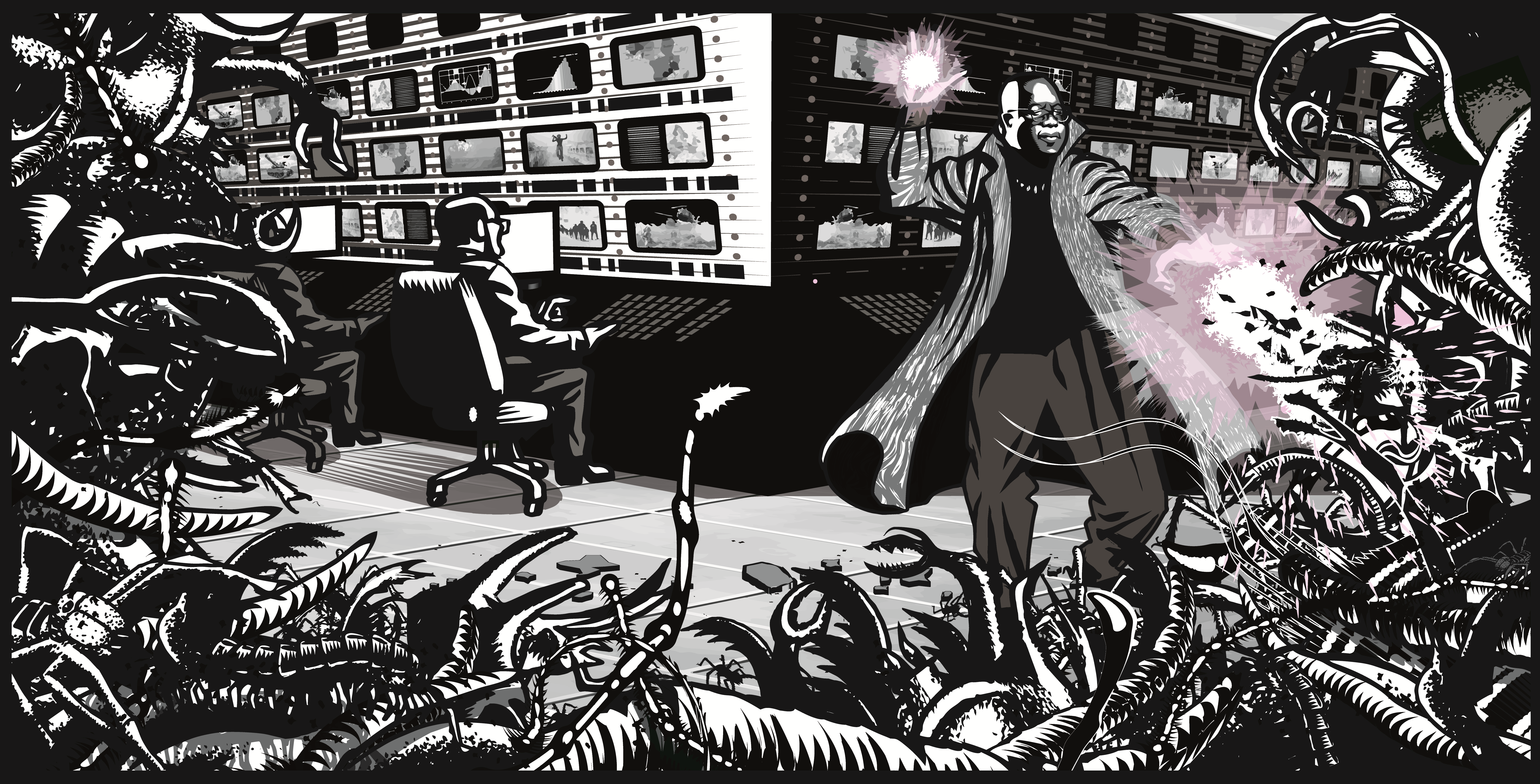 My illustration for the band has been gestating since I first signed on for the project over 5 years ago in which time several obstacles had to be overcome before its release. However, the band re-contacted me to renew communication after they invited me to see their show in Prague last year and the artwork proper began in earnest.
I suggested in my initial briefing with the band’s Robert Del Naja that a Jack Kirby-style cover would suit the nature of the release and I came up with a number of concepts before the idea of a super-powered Mad Professor blasting away at a horde of giant insects (referencing the Colorado beetle cover on the cover of their 1998 Mezzanine album) struck a chord and was completed in a couple of weeks.

I have recently been commissioned by a client to embark on a series of portraits of his favourite musicians, the second of which is this handsome portrait of Laibach front man, Milan Fras.
Anyone interested in posters or prints of this epic illustration, please message me here or contact me at bruteprop@gmail.com for ordering details. 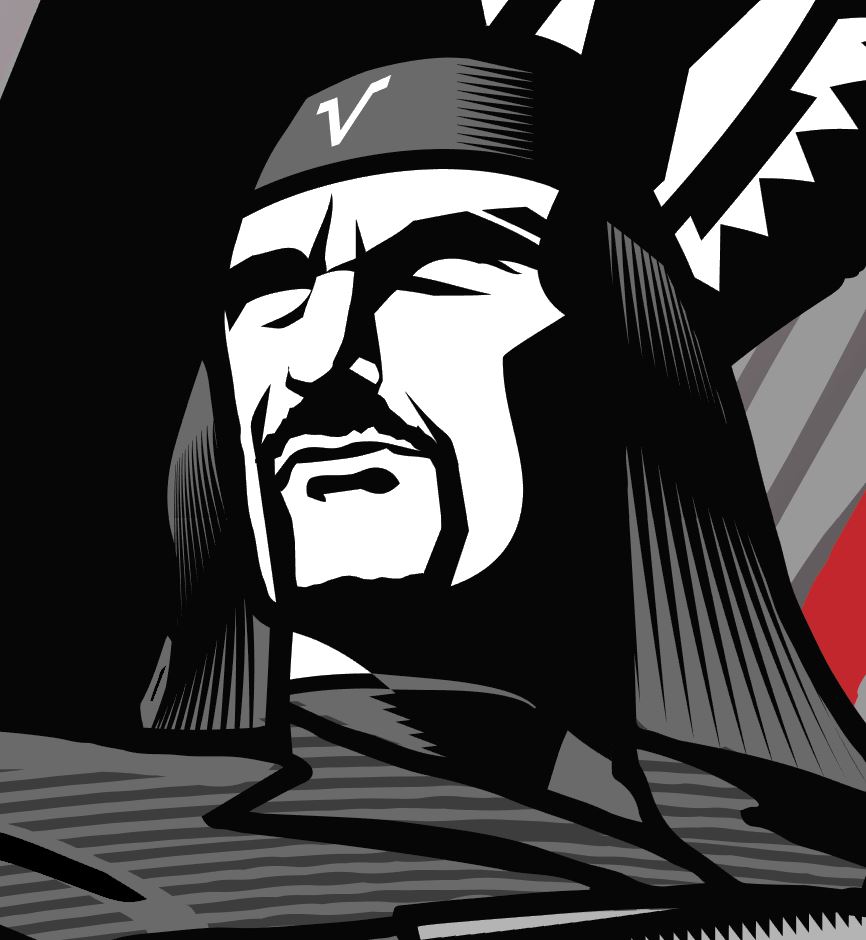 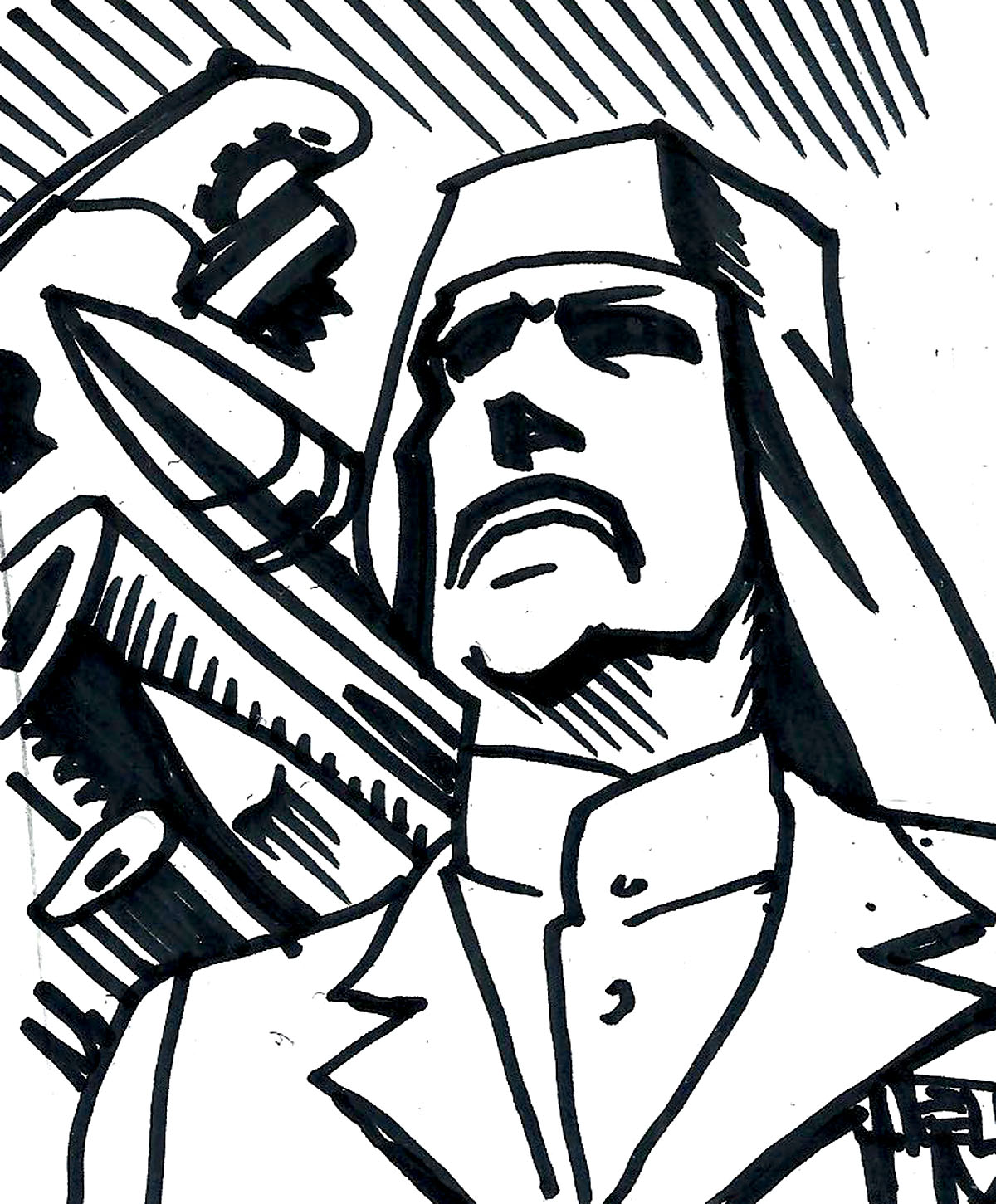 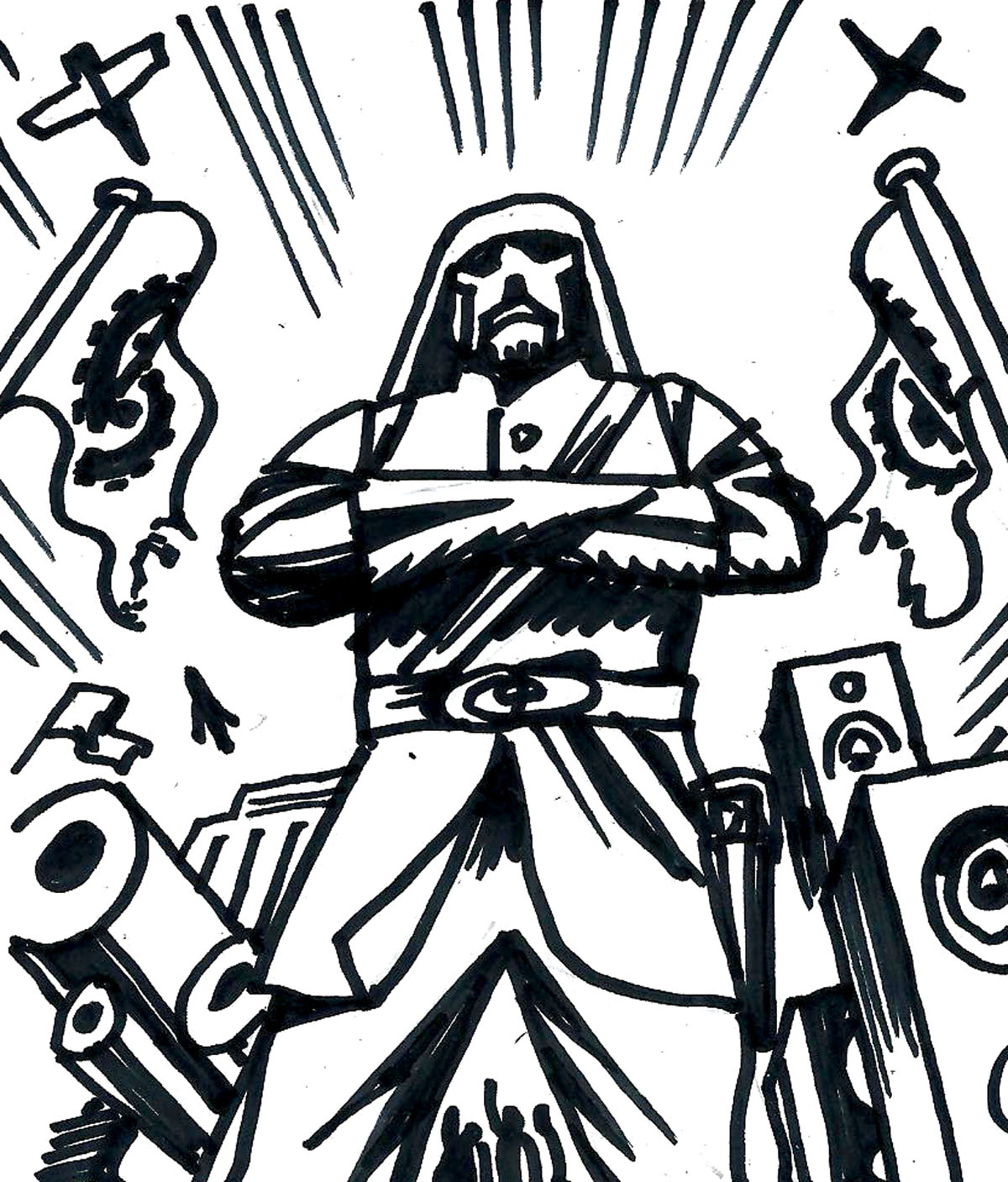 There are a number of positive aspects to my work as a portrait artist. One, I don’t have to come up with a narrative or conceptual roughs for the illustration. Two, I work from an available media source (the photos). Three, there’s no management committee putting their ten-pennorth in and extending the job schedule with endless re-edits and Four, I get to reach an audience who might normally never get to own one of my works.

Prices for portraits start at 450 euros (497.00USD) per face. Final file is in vector format for maximum scaling.

For details on how to commission your own portrait, please contact me at bruteprop@gmail.com 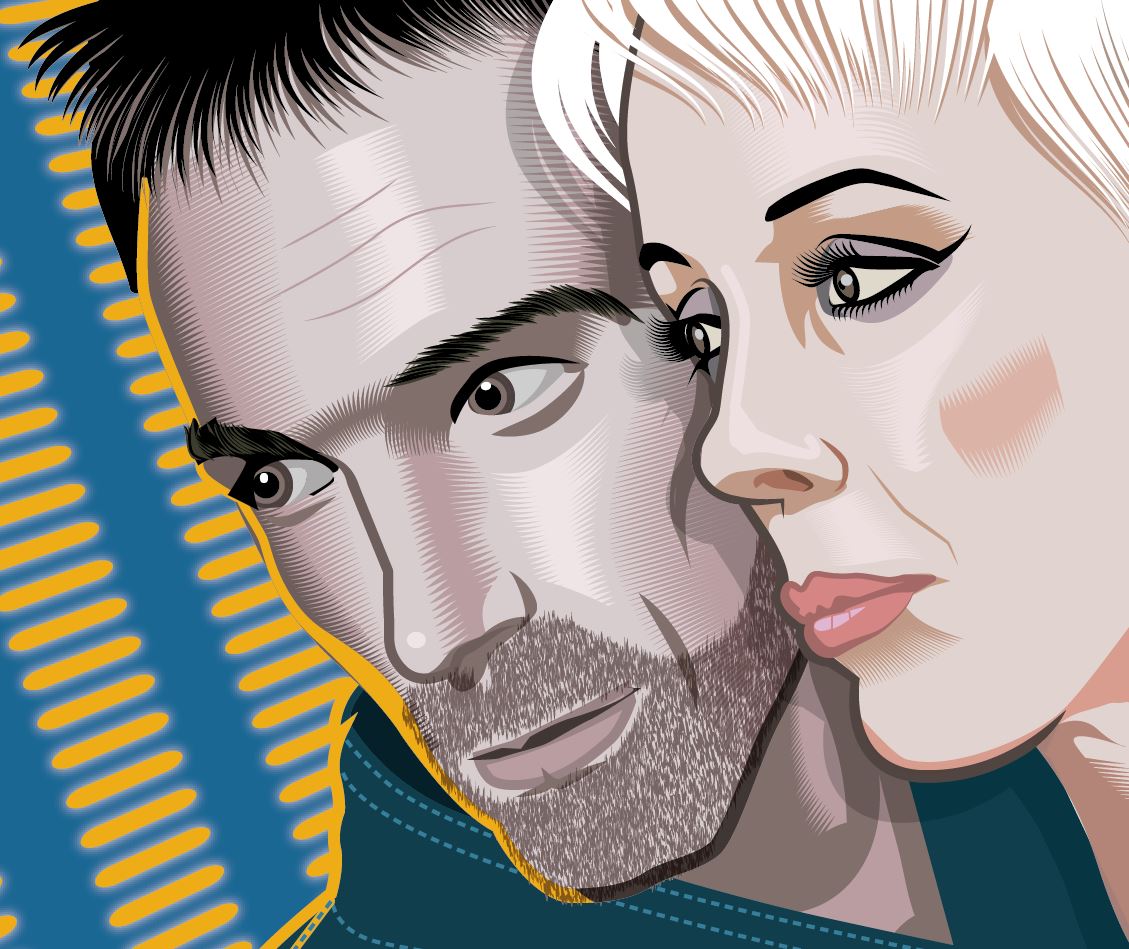 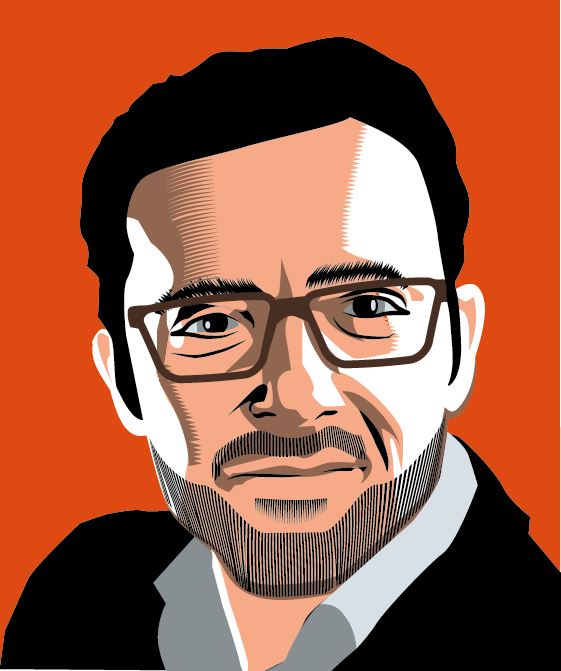 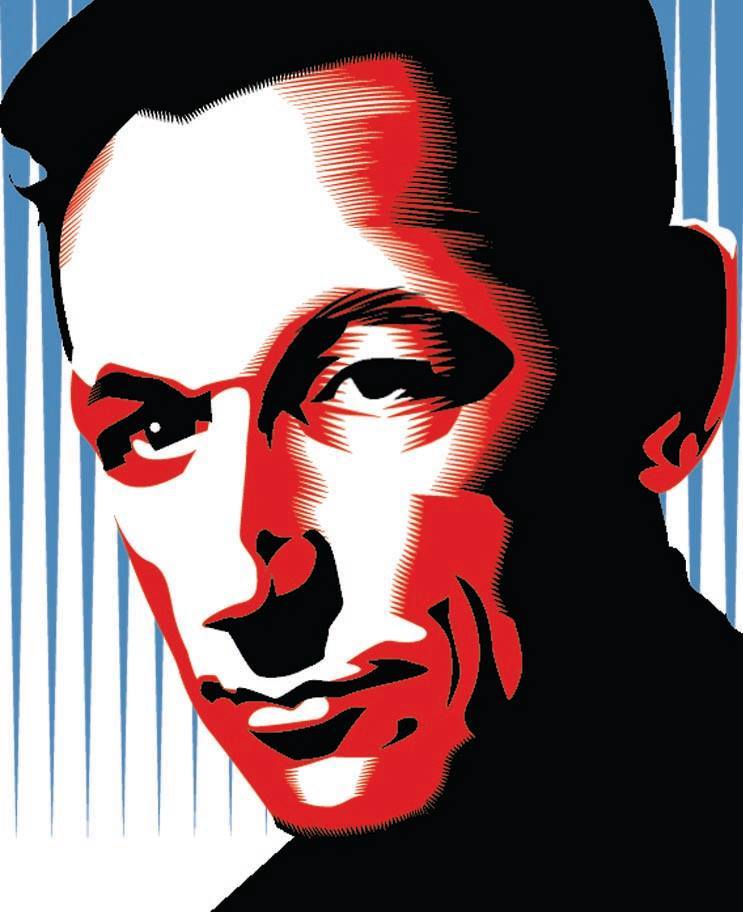 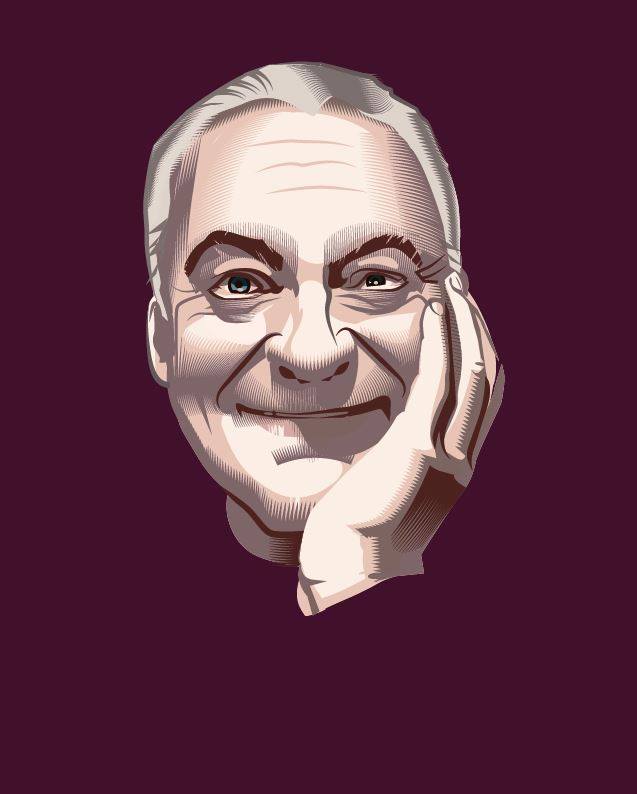 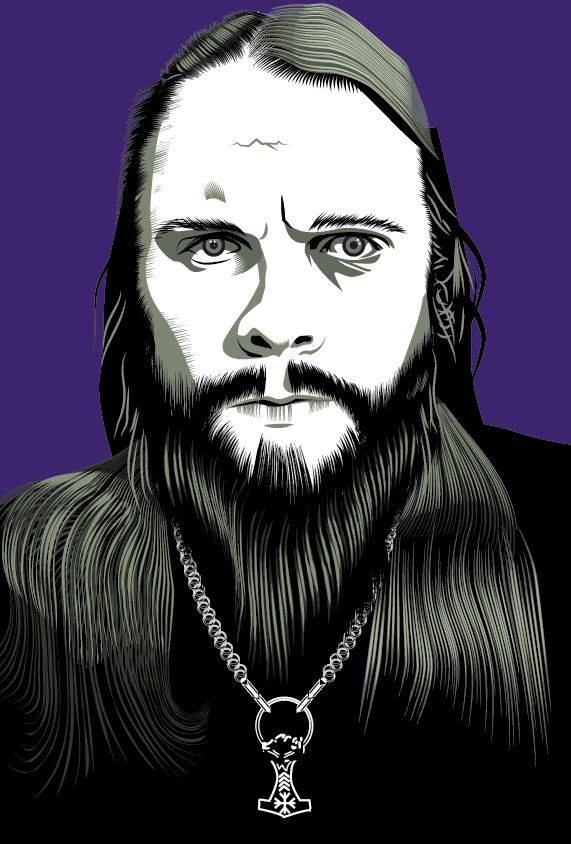 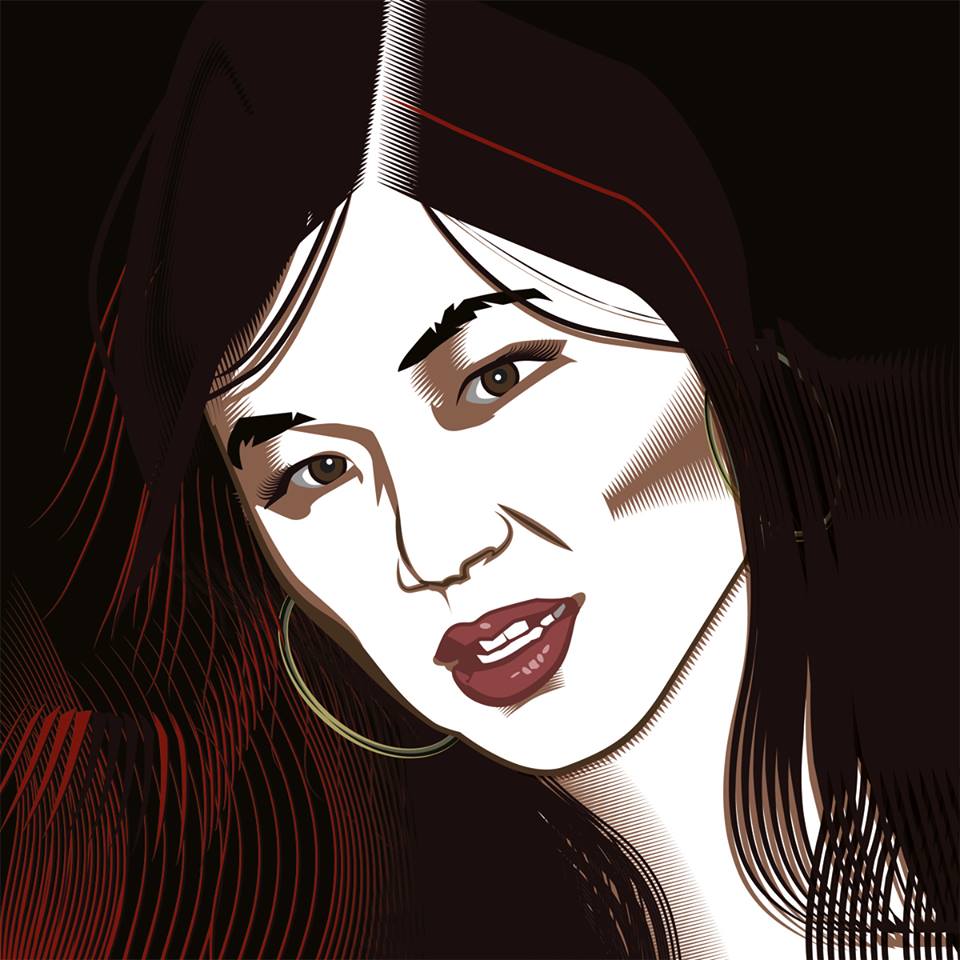 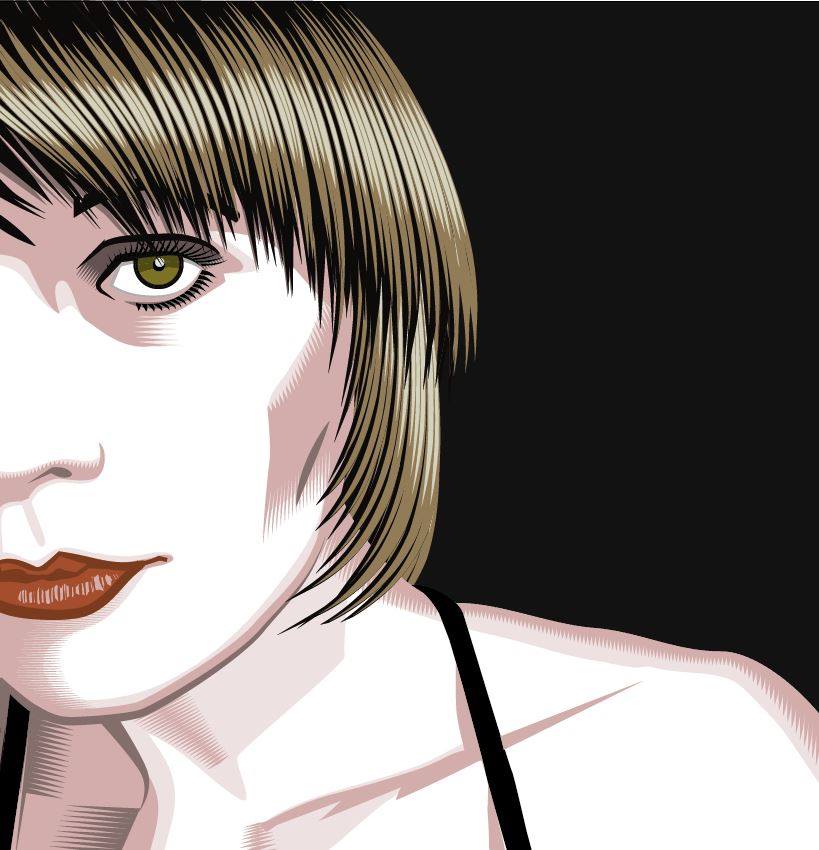 I was hoping to be able to catch the band at least once this year but it was not to be, unfortunately. However, I was behind them all the way. 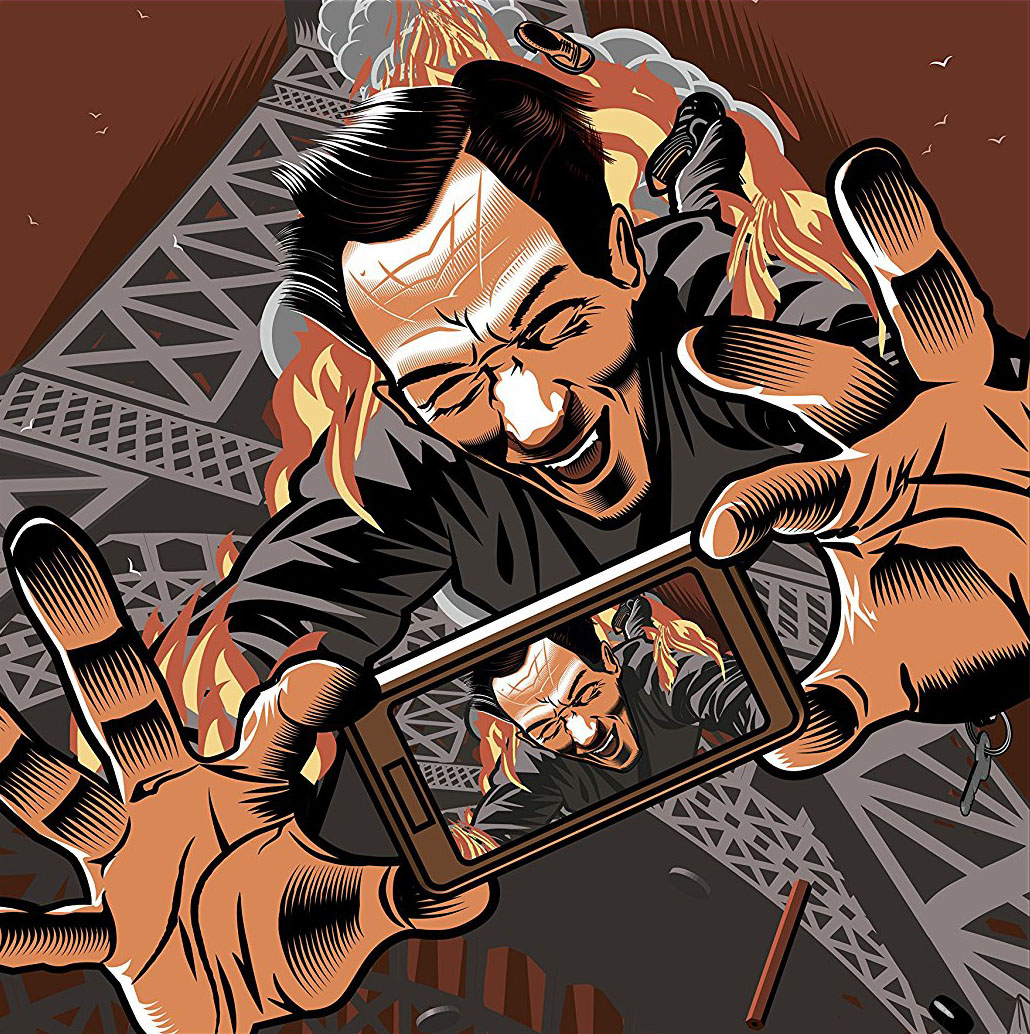 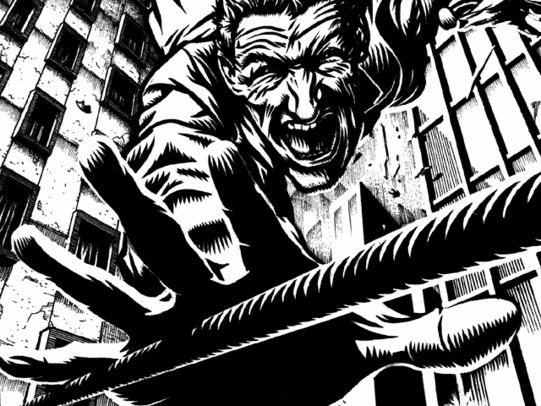