Warning: "continue" targeting switch is equivalent to "break". Did you mean to use "continue 2"? in /nfs/c05/h06/mnt/72012/domains/blog.bruteprop.co.uk/html/wp-content/plugins/wp-e-commerce/wpsc-components/merchant-core-v2/helpers/gateways.php on line 304
 Night Surgeon | BRUTE! 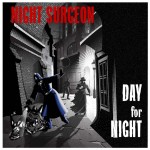