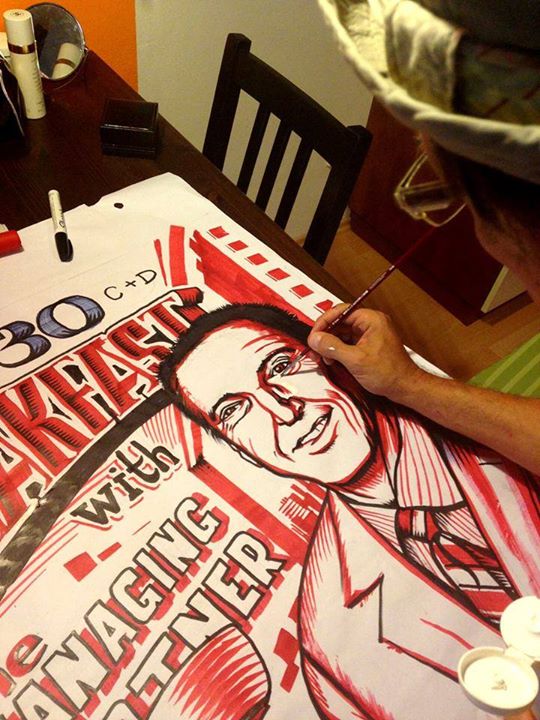 Last month, I was invited to provide live art for KPMG’s annual executive breakfast, here in the Czech Republic.
Over the weekend prior to the event, I sketched out a number of concepts based around the managing partner’s speech which were to be hand-inked during his presentation on the day. 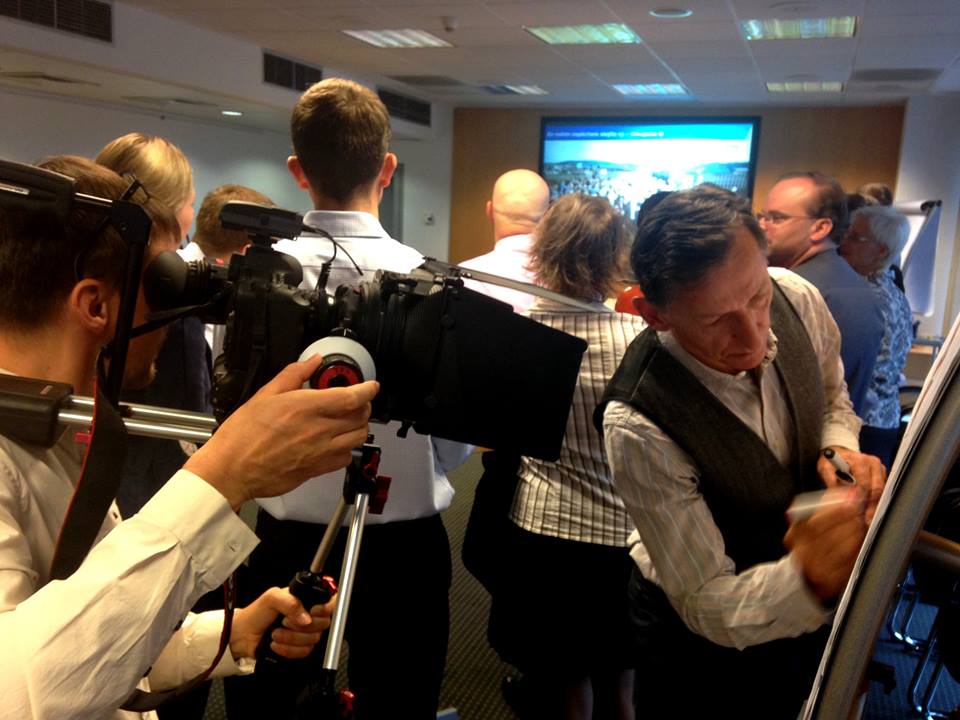 Using wide-nib calligraphy markers and Sharpie paint pens, I had two hours to complete four posters mounted on A1 boards placed strategically around the conference room. 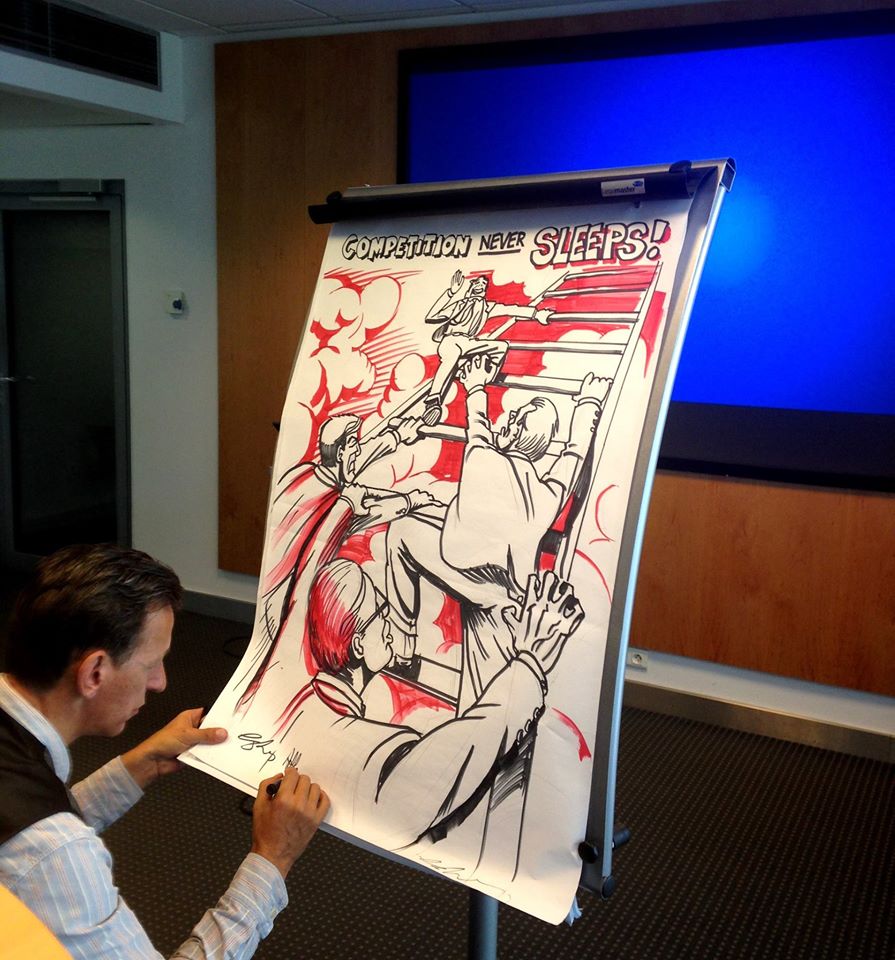 Working as a freelance artist can get real lonely at times so it’s nice to un-cap the old nib in public every once in a while.

Thanks to everyone at KPMG Prague for their support and encouraging commentary during the show.

Are YOU the type of artist that likes to wander around your studio covered in ink?

Do YOU like to spend 30-40 minutes cleaning your pen after only 5 minutes of use?

Are YOU interested in using an art instrument that makes a quill look like a laser beam?

Then this piece of shit art pen by Rotring is just for YOU!

The magnificent Pentel Brush Pen changed the way I worked back in 1981 (when I discovered them by accident in a Chinese store in Amsterdam) and I have been using them (or Berols) ever since.

Initially, I’d use them for a particular stroke but then moved into doing a spiked shading with them, similar to that used by Frans Masereel in his wood-cuts.

Combined with a hard-tipped outlining pen, they far outstrip the peformance of paint brushes and can adapt to detailed work as easily as they do to bolder strokes and calligraphy.

The first publication I used them in was The Claim in 1982 and then used them regularly with rapidographs for the BRUTE series before dispensing with the tech nibs completely in 1984.

The difference is: with the Rotrings, art becomes like surgery. With the brush pens, its more like foreplay.

I recommend these neat little fibre tip pens as am alternative to the brush pens I normally use.Pigmented India Ink in multiple nib sizes and 48 colors brings great versatility to pen-and-ink drawings requiring lots of intricate details. Pitt Artist Pens are great for sketching, journaling, cartooning, and drawing.
Get them here:
http://www.dickblick.com/products/faber-castell-pitt-artist-pens/